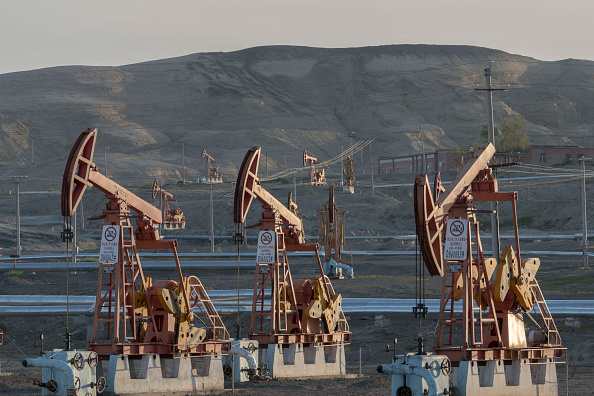 The Opec oil cartel, led by Saudi Arabia, will pocket a record of more than US$1tn in net oil revenues in 2012 as the annual average price for Brent, the benchmark, heads to an all-time high in spite of weak economic growth.

The windfall will provide fresh capital to some of the world’s largest sovereign wealth funds. United Arab Emirates, Saudi Arabia and Kuwait, the most influential members of the cartel, are home to three of the world’s 10 largest SWFs by assets under management, according to estimates by the SWF Institute.

With one trading day left before the year-end, Brent oil prices are on the point of seeing an average for the year of about $111.5 a barrel, higher than the previous all-time high set in 2011 of $110.9.

In January, Ali Naimi, the Saudi oil minister, said that the world’s largest oil producer aimed to keep oil prices at the triple-digit level throughout 2012. “If we are able as producers and consumers to average $100 I think the world economy would be in better shape,” Mr Naimi told CNN at the time.

The record run of $100-plus oil prices, coupled with strong production in the first half of the year, lifted Opec’s net oil export revenues to a peak of $1,052bn in nominal terms, up 2.5 per cent from last year, according to the US Energy Information Administration, the statistical arm of the US Department of Energy. A decade ago, Opec countries made just under $200bn selling their oil.

The huge revenue windfall has been unevenly distributed among the members of the cartel, which controls roughly 40 per cent of the world’s oil supplies. Iran took a smaller-than-usual share of the pot as US and European sanctions crippled its energy industry, pushing down its oil production to a 32-year low. Between January and November, Iran earned only 6.5 per cent of Opec’s total net revenues, down from a a share of 9-10 per cent during most of the 2000s.

The shortage of Iranian oil helped Saudi Arabia, Iraq, Kuwait and the UAE to pump more, profiting from record annual prices. Also, Libya’s oil earnings recovered in 2012 from the slump triggered by the 2011 civil war.

The huge inflows will shore up the finances of the 12-member group, particularly as some Middle East countries lift social spending on the wake of the Arab Spring.

Gazprom becomes one of most profitable world cos – Forbes

What is OPEC’s oil output? Depends who you ask