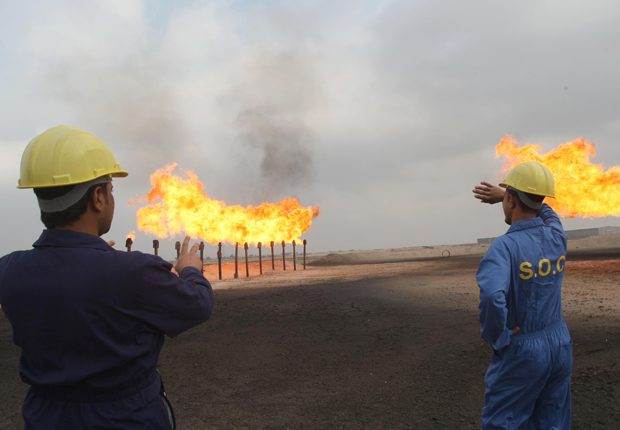 raq would favour bids by Russia’s Lukoil and China’s CNPC if they decided to buy Exxon Mobil’s stake in the West Qurna-1 oilfield, a senior oil ministry official said.

Baghdad had received “positive signals” from both companies that they would consider making an offer, the official added.

The sale of the stake to either company,if it goes through, would significantly strengthen the position of Russia and China in exploiting Iraq’s oil reserves, the world’s fourth biggest.

Exxon has informed Baghdad it wanted to pull out of the $50 billion West Qurna 1 project to focus on its deal for exploration blocks in Iraq’s autonomous Kurdish region.

The sale of the stake to either company, if it goes through, would significantly strengthen the position of Russia and China in exploiting Iraq’s oil reserves, the world’s fourth biggest.

“During two separate meetings with executives from CNPC and LUKOIL, Iraq informed the companies that it favours their contribution to purchase Exxon’s share in West Qurna-1 oilfield,” the official told Reuters.

Baghdad rejects contracts signed between foreign oil companies and the Kurdistan regional government (KRG) as illegal and told Exxon it had to choose between working in southern Iraq or Kurdistan.

The U.S. oil major opted to stick with Kurdistan, where the contracts are seen as more lucrative.

“We have received positive signals from both CNPC and Lukoil that they will consider purchasing Exxon’s stake in West Qurna-1,” said the official on condition of anonymity.

Earlier this week, deputy prime minister for energy Hussein al-Shahristani said Iraq was in the advanced stages of talks with potential buyers to take on West Qurna and there were enough appropriate candidates.

Lukoil, Russia’s second largest crude producer, was quoted by Interfax news agency as saying last week that it would study an offer from Exxon to take over the field.

The Russian company, which is already developing West Qurna-2, had previously said West Qurna-1 is “too big for it to swallow”, but last week said it would look into the proposal.