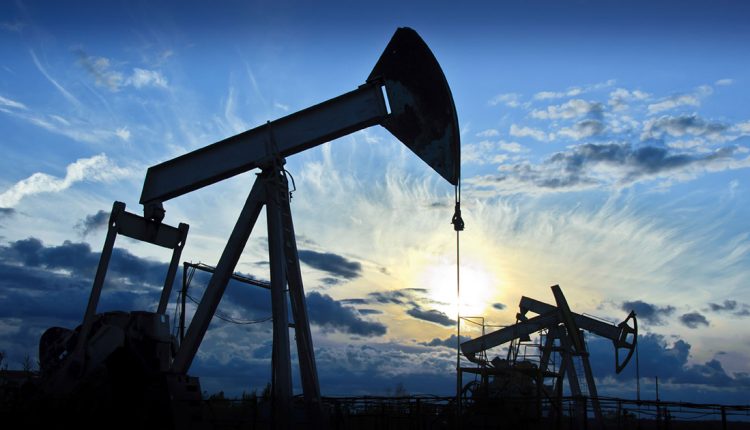 .LONDON: The world could see a gradual easing of oil prices over the next five years due to sluggish economic growth and increasing energy efficiency as production rises steeply in Iraq and north America, the West’s energy watchdog said yesterday.

The International Energy Agency, which advises industrialized nations on energy policy, cut its global oil demand growth projection for 2011-2016 by 500,000 barrels per day (bpd) compared to its previous report in December 2011.

As a result, the pressure on OPEC to produce more oil will ease dramatically and the cartel will have to produce no more than 31 million bpd until 2017 to balance global demand — less than it produces at the moment.

“Expectations of economic growth through the forecast period have been reduced amid persistent OECD debt concerns, especially in the euro zone. Even China, the main engine of demand growth in the last decade, is showing signs of slowing down,” the IEA said in its Medium-Term Oil Market Report.

“Readings suggest a gradual easing of prices over the forecast period.”

In its previous report in December 2011, the IEA said it expected global oil demand to rise by around 8 percent between 2010 and 2016 but said it saw markets becoming less tight than in previous years.

Ten months later, it paints an even more comfortable picture, saying oil demand will rise by less than 7 percent between this year and 2017, when it will reach 95.7 million bpd.

Last year, the IEA said US production of light tight oil from shale formations was “a game-changer in the making”. This year it says the impact of the new oil streams is increasing.

Global production capacity is expected to increase by 9.3 million bpd by 2017 to 102 million bpd, effectively exceeding demand by over 6 percent.

OPEC will also spend heavily on boosting capacity, which is projected to more than double to 5-7 million bpd, a level unseen since before the 2003-2008 oil price rally.

OPEC’s spare capacity is seen as the main cushion against supply disruptions and worries about dwindling capacity have been one of the main reasons behind oil price spikes in recent years.

Despite the IEA’s benign outlook, the agency said there was exceptional uncertainty about the global economy and heightened regional geopolitical risks.

“Last year’s string of supply disruptions, in Syria, Yemen, Sudan, the North Sea, Brazil and the Gulf of Mexico, illustrated the possibility of a ‘perfect storm’ of coincidental disruptions in many oil provinces,” it said.

“Even those realized disruptions, however, pale in comparison with the new threat of unrest and political turmoil spreading further at the heart of the Middle East producing region,” it added. Oil prices approached $130 per barrel earlier this year, not far from their 2008 peaks of $147 per barrel, due to worries over supply disruptions from Iran. ”

The situation remains highly unpredictable and the sustainability of the sanctions over the longer term is evidently untested,” the IEA said.

Last year,the IEA said tighter sanctions on exports of oil equipment to Iran could result in production capacity declining by almost a quarter to under 3 million bpd by 2016.

The IEA said in a separate monthly oil report yesterday that it estimated Iranian crude oil production had declined by 220,000 bpd in September to a new multi-decade low of 2.63 million bpd. .